“Plaintiff was called various homophobic slurs and sexually explicit insults by classmates and members of the football team,” the complaint stated. “Others threw or rolled Gatorade bottles at him with insulting notes attached.” 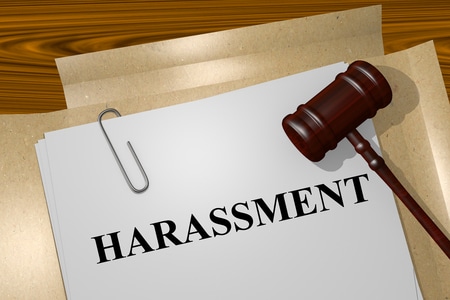 OXFORD, Ala. (WIAT) — A federal complaint has been filed by a former student at Oxford High School who claims he was bullied to the point that he had to transfer to another school.

In a complaint filed in the United States District Court for the state’s Northern District on Dec. 11, attorney Eric Atrtip filed a complaint on behalf of “John Doe” and father “Richard Doe” against Oxford baseball coach Wes Brooks and two high school teammates, seeking damages for his alleged treatment.

According to the complaint, the victim was on the team during the 2018-19 school year. The complaint alleged that on Oct. 8, “John Doe” and other team mates were showering and changing clothes in a nearby field house. At that time, one of the students mentioned in the complaint allegedly put bodily fluids into a bottle while the other student tricked “John Doe” into drinking it.

“Plaintiff drank the full contents of the bottle, at which point the other students present began laughing at him,” the complaint said.

When he was informed that the bottle contained bodily fluids, “John Doe” tried to force himself to throw up and then called his father to pick him up.

The complaints went on to say that word quickly spread at school about the alleged incident.

“Plaintiff was called various homophobic slurs and sexually explicit insults by classmates and members of the football team,” the complaint stated. “Others threw or rolled Gatorade bottles at him with insulting notes attached.”

The complaint stated that the harassment continued through the school year and into summer. By the fall, “John Doe” transferred to another school.

In the complaint, Artrip wrote that his client has suffered extreme “emotional, mental and physical anguish” because of what happened, which he argued could have been prevented if Brooks had been monitoring the team in the field house.

“The abuse, harassment and intimidation toward Plaintiff John Doe occurred on school property and while he was under the authority and control of Defendant Brooks,” the complaint read.

CBS 42 has chosen not to publish the names of the high school students because, despite now being over 19, have not faced criminal charges.