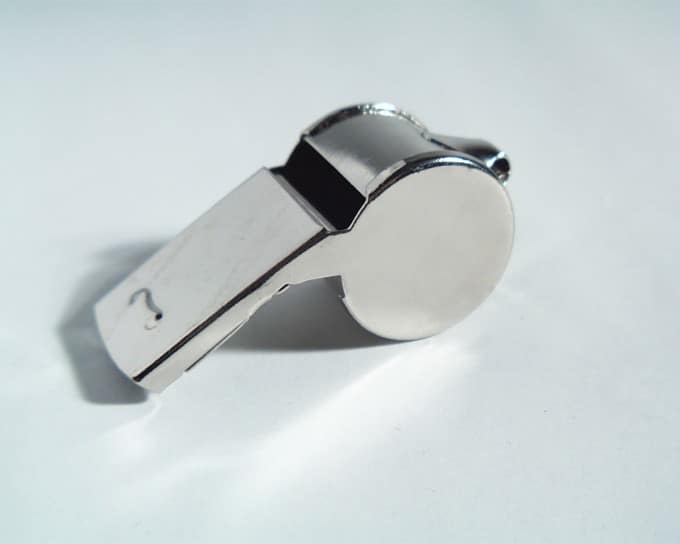 What You Can Do and How You Can Benefit.

Our government might not always spend our taxes dollars wisely, but we certainly do not want the government spending our tax dollars to line the pockets of individuals who lie and cheat to get it.  Making money by lying to the federal government is fraud on all of us.

To stop (or at least slow) fraud on the government, the False Claims Act puts the real injured parties, citizens, to work to uncover and report fraud.  In exchange, a citizen who reports fraud is rewarded by a percentage of the money the government is repaid as a result of his or her complaint.

What is a Whistleblower?

People who report fraud on the government are called “whistleblowers.”  When a referee blows a whistle, the game is stopped to halt misconduct.  Whistleblowers halt misconduct that results in fraud on the government — sometimes at great risk to themselves and their careers.  Taking on the risk to stop fraud can also result in great rewards.  According to the Department of Justice, cases of fraud are at an all time high.

You remember the reports about the $400 hammer, the $600 toilet seat, the $7,000 coffee pot or the $9,609 allen wrench?  There is a shocking number of ways businesses or individuals can cheat the government to make more money than they deserve.

At one point during Abraham Lincoln’s presidency, overcharging the Army became so common that Congress passed the False Claims Act, which allowed ordinary citizens to report fraud and to benefit financially from doing so.

The number of qui tam lawsuits filed in fiscal year 2013 soared to 753, which is 100 more than the record set the previous year.   Recoveries in qui tam cases during 2013 totaled $2.9 billion, with whistleblowers recovering over $350 million for doing the right thing – stopping the waste of taxpayer dollars.   And these cases are not just in Washington, D.C., or New York, they can be brought right here in Alabama.

For instance, a Monroeville, Alabama nurse will get $15 million for blowing the whistle on fraud at a national home healthcare company where she once worked.

She alleged that her employer told her to bill Medicare for nursing services she did not actually provide or that were not necessary, in order to make the patients look sicker than they actually were.

Her $15 million reward will come from the $150 million that Amedisys Inc., a home health company operating in 37 states, agreed to pay in a settlement announced in April 2014 by Joyce Vance, the U.S. Attorney for the Northern District of Alabama, and Department of Justice officials.

While the results of that case may not be typical, pay-outs to whistleblowers who file False Claims Act lawsuits can be huge.  According to fraud statistics released by the Justice Department, the government paid whistleblowers over $387 million dollars in 2013 for bringing cases “qui tam,” a Latin phrase loosely meaning, “he who sues in this matter for the king, as well as himself.”

In 2013, the Justice Department received $3.8 billion in settlements and judgments from civil cases involving fraud against the government.  This dollar amount is the second largest annual recovery of its type in history.  In fact, the Justice Department recovered more than $3 billion for the fourth year in a row, and 2013’s total was surpassed only by 2012’s nearly $5 billion in recoveries.   As in previous years, the largest recoveries related to health care fraud, which reached $2.6 billion.  Procurement fraud, related primarily to defense contracts, accounted for another $890 million – a record in that area.

Whistleblower cases are on the rise.

And the cases seem to be getting bigger.  The DOJ fraud statistics show that number of whistleblower cases reached an all-time high last year.  In 2013, whistleblowers filed 753 “qui tam” cases.  Compare that to only 30 cases in 1987, the year after Congress substantially increased the share that whistleblowers received out of money recovered for stopping fraud.  The increased financial incentive has led to more investigations and greater recoveries.

Huntsville has lots of medical providers.  Redstone Arsenal has both military contractors and NASA contractors aplenty.  The vast majority of these companies play by the rules.  But when they don’t, someone needs speak up.

If you, or someone you know, believe that the government is being defrauded, call us.  We can discuss your case with you and see if we can help you:  (1) bring the case to the government’s attention, (2) team up with the U.S. Attorneys, and (3) prosecute the case so that YOU CAN SHARE IN THE GOVERNMENT’S RECOVERY.