Mastando & Artrip, LLC and The National Women’s Law Center (NWLC) filed a brief in the United States Court of Appeals for the Eleventh Circuit against the Madison County School Board and school officials for their highly unreasonable response to student-on-student sexual harassment. The case stems from a policy at Sparkman Middle School of only punishing sexual harassment if a student was “caught in the act” through witnesses, an admission, or physical evidence. Based on this policy, school officials failed to effectively address repeated sexual harassment of multiple female students by a male student. When a 14-year-old female student complained of this older male student propositioning her for sex in the boys’ bathroom, school officials sent her to meet him in the bathroom as bait in a sting operation to “catch him in the act.” Before any staff arrived, the girl was raped by the male student.

The school’s actions were clearly unreasonable and therefore violated Title IX, which requires schools to investigate charges of sexual harassment promptly and thoroughly, take corrective action as needed, and protect the victim.
“This tragic incident should never have happened,” said Eric Artrip, partner with Mastando & Artrip. “The school’s policy that perpetrators of sexual harassment be ‘caught in the act’ allowed the school to close its eyes to sexual harassment. Schools should not create situations where sexual predators can escape the consequences of their actions as long as they are not caught in the act.”

Before the rape, the 14-year-old girl played basketball and her grades were As, Bs, and Cs. After the rape, she testified that she preferred to be alone, no longer trusted anyone, and no longer felt safe. She transferred to another school, stopped playing basketball, and has had trouble with grades, sometimes getting all Fs, because she feels depressed due to the rape. The male student was suspended for five days and eventually placed in an alternative school.

The U.S. Department of Justice filed a friend-of-the-court brief supporting the 14-year- old girl, stating that a jury could “easily” conclude that the school violated Title IX. “We are grateful that the Department of Justice entered the case, underscoring the importance of keeping our children safe from sexual harassment and assault in schools,” said Tony Mastando, also a partner at Mastando & Artrip.

The suit contends that the School Board is liable for damages under Title IX because school officials with authority to take corrective action had clear notice of the risk of abuse by the male student and acted unreasonably under the circumstances. The suit also includes claims against the School Board and officials under the United States Constitution and Alabama state law.

You can find more information about our firm’s representation of victims of sexual harassment at protecting girls in schools. 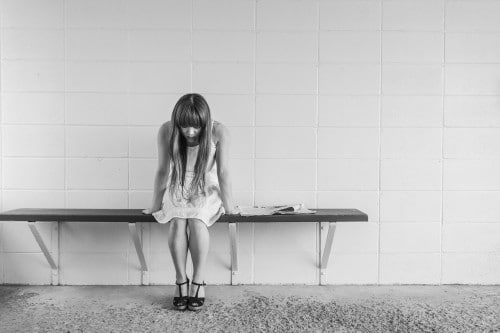 Sexual harassment is a very real problem in our workplace and in our schools. I…