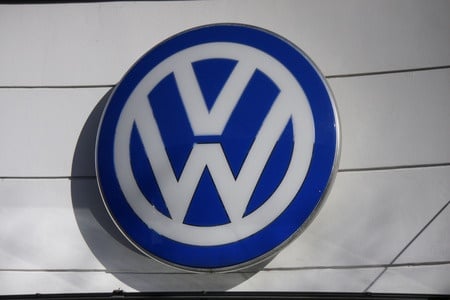 Less than four days after the U.S. Environmental Protection Agency announced that Volkswagen (VOWG_p.DE) had designed some of its diesel models to cheat emissions tests, lawyers have brought at least 25 class actions on behalf of scores of car owners in all 50 U.S. states.

Tony Mastando of Alabama’s Mastando & Artrip sued on behalf of a friend who used to boast about her car’s fuel economy. He said he and his partner have plenty more friends just like her.

“These cars appealed to a certain segment,” Mastando said. “We have conscientious friends who bought the cars with the belief they were doing something good.”

One reason class action lawyers were able to mobilize so fast is that the company’s marketing to upscale professionals had backfired: Plaintiffs lawyers didn’t have to look far for clients because many of their friends and colleagues owned the cars.

The lead plaintiff in the first case filed was David Fiol a personal injury attorney from San Francisco. As soon as the news broke, he reached out another lawyer, who connected him with Steve Berman, a lead partner at Hagens Berman, one of the best-known plaintiffs’ class action law firms.

“I was like, ‘Holy Batman,'” Berman said. “I’ve talked other people into buying those cars.” Berman said he bought Volkswagen diesel cars for his two sons, hooked by VW’s pitch for its “clean diesel” cars as smart, fun to drive and eco-friendly.

Berman’s Seattle-based law firm brought the first emissions-related consumer class action against Volkswagen on Friday, only hours after the scandal broke. The suit, filed in federal court in San Francisco, claims the automaker defrauded customers with false representations about the cars’ mileage and emissions.

Volkswagen has admitted some of its diesel cars used software that deceived regulators measuring toxic emissions. According to the company, as many as 11 million cars worldwide may be affected by the scandal.

It is too early to estimate Volkswagen’s potential liability in litigation by clean-diesel car owners in the U.S., particularly as estimates change of the number of cars affected. The company has reserved $7.3 billion for costs related to the emissions testing scandal.

Volkswagen representatives did not immediately respond to an email request for comment on the suits.

Hagens Berman is not the only plaintiffs firm to sue Volkswagen in the name of a lawyer. One of the first Volkswagen owners who contacted Seattle class action firm Keller Rohrback, for instance, was an environmental law professor at Lewis & Clark Law School in Portland, Oregon, where Keller partner Daniel Mensher used to teach. California lawyer David Vendler drafted a class action over the weekend for the friend of an associate at his firm who called right after the EPA announcement.

Tony Mastando of Alabama’s Mastando & Artrip sued on behalf of a friend who used to boast about her car’s fuel economy. He said he and his partner have plenty more friends just like her.

“These cars appealed to a certain segment,” Mastando said. “We have conscientious friends who bought the cars with the belief they were doing something good.”

Ten plaintiffs lawyers who have brought class actions against Volkswagen said in interviews that so many clients are calling them that they are not planning special advertising campaigns to reach Volkswagen and Audi owners.

Hagens Berman is well known for its lead role in class actions against Toyota and GM. Steve Berman said the firm has brought in contract attorneys to field the more than 2000 calls and emails it has received since Friday from Volkswagen owners.

“We have never seen anything like this,” said Berman, whose firm filed a second class action, naming plaintiffs from every state, on Monday.

Volkswagen’s stock price plummeted after the EPA notice, but securities litigation against the company will probably be centered in Europe, not the U.S., because Volkswagen common shares are not traded on U.S. exchanges, plaintiffs lawyers said. No securities class action suits have been filed yet in the U.S.

Germany does permit group actions by shareholders, and institutional investors with big Volkswagen holdings may have individual claims.

Holders of the company’s American Depositary Receipts, which are traded over-the-counter in the U.S., may be able to sue in U.S. courts but they are a small percentage of Volkswagen shareholders.

The car owner class actions will almost certainly be consolidated before one federal judge for pre-trial proceedings. That judge will eventually pick one or more plaintiffs firms to lead the litigation – a coveted assignment because lead attorneys receive the lion’s share of fees from class action settlements.

Firms have already begun what plaintiffs lawyer Steven Teppler of the Abbott Law Group called the “political pole-vaulting” of forming alliances to bid for prime roles.