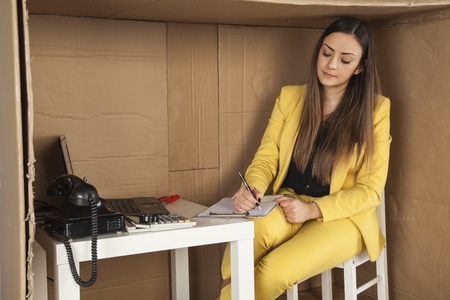 College students across the country are familiar with unpaid internships. In an unpaid internship someone (usually a student) looking to break into a field works for no pay to gain knowledge and experience of the field. A certain number of hours of practical experience are required for many degree programs, including nursing, and that work goes unpaid because of its academic nature. Other students may take an unpaid internship for the summer while they are unencumbered by classes.

However, unpaid internships are not just the lot of students. Forty-year-old Eric Glatt accepted a prestigious internship with Fox Searchlight Pictures in 2008 after he left his job on Wall Street. He and other interns did clerical work for the production of Black Swan with the hope of using the job to gain a foothold in the film industry. In 2011 Glatt and others sued Fox Searchlight for back pay, alleging the internship was of more benefit to Fox than to than to the interns. In 2016 they began to receive settlement payments from the company.

Before the Fox Searchlight Pictures case, the legality of unpaid internships was measured against a set of rules devised in 1947. After Glatt’s suit, the second circuit devised and implemented more modern criteria for whom could be considered a paid employee. The eleventh circuit (which covers Alabama) also adopted these criteria, sometimes called the Glatt rules.

If that all sounds a little bleak, don’t fret! It doesn’t give all the power to the employer. If your work takes the place of someone that would normally be paid, you’re probably entitled to payment. These rules also heavily center around college students, so if you’re not a college student you probably have good cause to be paid. However, these rules are messy and vague, and even the Court acknowledged that they do not cover all cases.

If you have questions or believe you may be entitled to compensation by your employer, give Mastando & Artrip a call. We have years of experience working with Alabama’s employment laws (and we pay all of our interns a fair wage). We’ll be happy to hear from you at 256-532-2222.