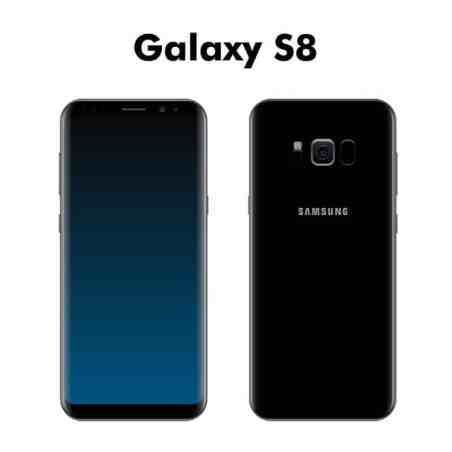 Over the last few days Samsung Galaxy owners have gotten online to try to determine whether the problems they were experiencing were widespread or just a freak, and deeply private, accident. Some Galaxy S8 and S9 owners have recently found that their phones, without their input or knowledge, sent one or more of their photos to a random number in their contact list. These people have reported that someone in their contact list received one or more photos stored in their phone’s photo gallery. And, the kicker is that if your phone does this, it won’t show up in your messages as having sent out photos. The recipient could be holding some of your most private images, and you wouldn’t know unless they told you.

From what we know now, the problem seems to be based in the Samsung Messaging app, which is the default texting app on the Galaxy series of cell phones. If you’re using a different app to text, you might not have experienced this problem. And, not everyone with a Galaxy phone may be affected. So far, only those using T-Mobile as their mobile provider are reporting the issue. At least one site has posited the idea that something about the interaction between T-Mobile and the messaging app may be the source of the issue. Apparently, service providers tweak the code of default apps to better interact with their service, which is some cases can cause bugs like this one.

But no matter what is or is not causing the problem, the fact stands that Samsung Galaxy users could have their photos sent, without their knowledge, to anyone in their contact list. One reddit user reported that his phone sent his entire photo gallery to his girlfriend while they slept. His phone showed no sign of the messages, but hers had all of his photos, every single one. Luckily for this gentleman, his photos were sent to an intimate partner, but this raises the very real and scary possibility that someone’s entire gallery could be sent to someone slightly less trusted, such as a boss, coworker, distant relative, or next-door neighbor.

The only way to completely prevent this from happening is to restrict the app’s access to storage through settings. This will prevent Samsung Messaging from accessing your photos at all, so you couldn’t send pictures even if you wanted to. However, turning off the app’s access could mean completely switching to another third-party app in order to text until this is fixed. Some on reddit have complained that restricting storage access means that they can’t text at all using Samsung Messaging.

And, if the unthinkable were to happen and such a person did have access to your highly-personal photos, they would probably have to tell you about it before you knew it had happened. Because the sender’s phone doesn’t show any record of the sent photos in the app itself, only the receiver knows that they have them unless they’re kind enough to mention it to the owner of the photos. Some have reported that the messages will show up on a person’s phone record logs, but who has ever looked at their phone records? And why should you have to check your phone records to ensure that your private photos aren’t leaked to any number of random people?
Right now, it is unclear exactly which models of phone are affected, though most complaints so far have come from S8 and S9 users, both of which are from the Galaxy series. However, one reddit user reported that his Note8 sent 50 photos via MMS to another person on his family plan. So, the bug might not be restricted solely to Galaxy phones.

It has also been theorized that the glitch should only affect phones that were originally purchased from T-Mobile, though this has not been proven. If you bought your phone elsewhere but are still using T-Mobile as a provider, you should not consider completely in the clear until Samsung releases a statement on the issue.

Samsung has not yet provided a fix for the bug or a clear indication of whether or not the problem is occurring on their end. Until they can assess it fully on their end and publicly explain the scope of the issue, the truth is that no one using the Samsung messaging app should consider themselves completely secure.

If you or someone you know has experienced this problem, we’d like to speak with you. Mastando & Artrip has represented consumers in many large class action suits, including those against Equifax, Volkswagen, and Apple. “Mistakes” like this one by huge, faceless corporations can have big consequences for regular people like you and me, and we want to make sure that your rights are protected. Give us a call at 256-532-2222.