In Tony Mastando’s presentation you’ll learn the technical aspects you need to know about the False Claims Act. We’ve also included this simplified and helpful PSA video from TAF Education Fund to give you all the information you need about whistle blowing and your protections under the False Claims Act.

The North Alabama Chapter of the Federal Bar Association holds an annual symposium to increase awareness about legal issues in military defense spending and government contracts, which are key industries in the Huntsville-area economy. 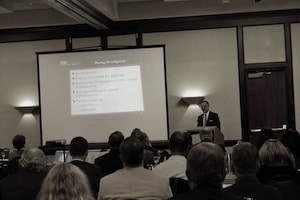 The speakers for this two-day conference, the 42nd Annual Acquisition Symposium, came from NASA, the Army, academia, and private practice — and gathered from as far away as Washington, D.C. and Atlanta.   One of this year’s presenters at the Acquisition Symposium was our own Tony Mastando, who gave great insight on “False Claims Act: Procurement Fraud from the Relator’s Perspective.”

What is the Federal Bar Association?

The Federal Bar Association is an organization founded in 1920, and made up of over 16,000 federal lawyers, including 1,200 federal judges. 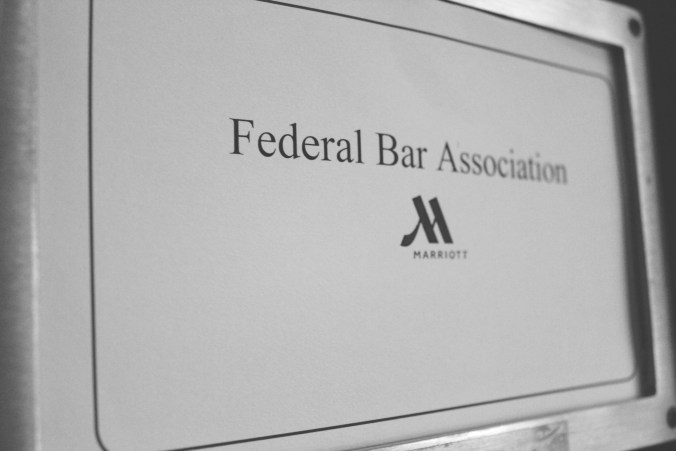 Its mission is to strengthen the federal legal system and the administration of justice.  The Association does this by promoting advancement in the science of jurisprudence as well as in the professional development of all attorneys involved in federal law.

But Who is Tony Mastando?

Prior to attending law school, Tony served in the Army as a Military Intelligence Analyst and a Czech Linguist.  During Operations Desert Storm and Desert Shield, he was a crewman on one of the Army’s fixed-wing aircraft that flew intelligence-gathering missions in the Middle East.

After receiving his Bachelor of Science degree from the University of Florida in 1992 and a law degree from the University of Michigan Law School in 1995, Tony started his legal career in the federal government.   As a staff attorney for the Federal Communications Commission in Washington, DC, one of his responsibilities was to investigate bidder collusion in the Wireless Spectrum Auctions and to investigate companies accused of fraudulently obtaining and selling FCC licenses.

Tony also has prior corporate experience as an Associate General Counsel and as the Vice President of Regulatory Affairs for publicly-traded telecommunications companies.  With a strong background in regulatory compliance matters, he is one of three founders of the law firm Mastando & Artrip and has a growing False Claims Act practice centered here in Huntsville.