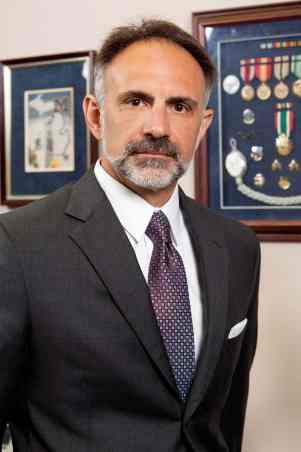 Mr. Mastando has accumulated a wealth of knowledge serving as an attorney for the federal government, as in-house counsel to publicly-traded companies, and in private practice for individuals, as well as for small and large companies.

This multi-faceted perspective enables him to identify and resolve legal problems, often before they arise. In addition, Mr. Mastando has counseled clients on corporate law issues including corporate formation and restructuring, e-commerce, and complex litigation.

While he practices in several areas of the law, including serious personal injury, Tony has a special enthusiasm for cases that involve fraud against the government.  He is a member of the Tax Payers Against Fraud Education Fund, a national organization of lawyers who represent whistleblowers.  Tony has been awarded the highest peer review rating, AV Preeminent®, by Martindale-Hubbell® Peer Review Ratings.™

Prior to becoming a lawyer, Mr. Mastando was a Military Intelligence Analyst, Linguist and Paratrooper in the U.S. Army from 1985-1992. Among his duty assignments, he served in Southwest Asia during Operations Desert Storm and Desert Shield.

Mr. Mastando received his Juris Doctorate from the University of Michigan Law School and a Bachelor of Science from the University of Florida. He was elected to Phi Beta Kappa and Golden Key National Honor Societies. He is also a member of the Sigma Chi social fraternity. Tony practices karate and has been an avid motorcyclist since 1986.